The issue this week concerns the appropriate remedy when controlling shareholder(s) breach the fiduciary duties they owe to the other shareholders.  An article by attorney William S. Monnin-Browder discusses whether courts should apply a minority interest discount in a forced sale.

As explained in many published opinions, “stockholders in the close corporation owe one another substantially the same fiduciary duty in the operation of the enterprise that partners owe to one another . . . They may not act out of avarice, expediency or self-interest in derogation of their duty of loyalty to the other stockholders and to the corporation.”  Donahue v. Rodd Electrotype Co., 328 N.E.2d 505, 515 (Mass. 1975) 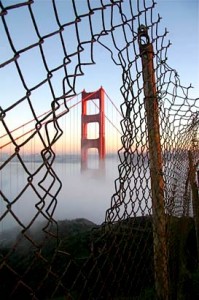 Wrongful Conduct by the Controlling Shareholder

Mr. Monnin-Browder explains that, “There are a number of ways that majority shareholders can usurp the interest of the minority.  For instance, the terms ‘freeze-out’ and ‘squeezeout’ are often used, synonymously, to describe a situation where the majority uses its controlling position to exclude a minority shareholder from participation in the business.”

By the wrongful acts of the majority, “minority shareholders can be prevented from gaining a return if they are fired, which a majority-controlled board can freely do . . . One common form of the squeeze-out occurs when a majority shareholder prevents a minority from receiving a return on her investment, and then attempts to buy the minority’s shares when the value of the stock is compromised . . . The lack of a ready market for shares in a close corporation prevents a minority shareholder from selling shares as a means of escape.”

However, “the most common remedy employed by courts today [ ] is buyout . . . Courts view buyout as a less harsh remedy than dissolution because it compensates the aggrieved shareholder, while allowing the corporate entity to survive.  It is also often the most practical remedy.  A court order to rehire or return the shares sold, for example, may not be a viable option.”

But to do so, the court must establish the value of the victim’s interest in the entity.  “Valuing a share in a close corporation usually begins with an analysis of the value of the corporation as a whole.  To do this, courts often look to three major approaches: market value, net asset value, and earnings value.  These factors are weighed differently, according to the specific factual circumstances.”

The second principal discount is the minority interest discount.  “The minority discount compensates for the fact that the shares constitute a minority interest in the corporation that is not controlling, so long as there is no shareholder agreement to the contrary.  Investors prefer stock that has the accompanying voting power to influence the operations of the corporation.  Therefore, investors will pay less for those shares than shares in the majority interest.  Like marketability discounts, minority discounts can have a substantial impact on the value of the shares, reducing the price as much as 33%.”

Thus, the combined discount based on minority interest and lack of marketability can exceed 50% of the value of the stock.  Such discounts are commonly used in the estate planning context.

Should a Court Apply the Discount?

The judicial trend is not to apply the discount in the context of a forced buyout of a minority interest.  “Some courts state that the context and purpose of the legislation suggest that no discount should apply.  In Swope v. Siegel Robert, Inc., for example, the Eighth Circuit Court of Appeals applied Missouri law to reject the application of both a marketability and minority discount.”

That analysis is sound, because the “buyout does not occur on an open market.  Therefore, courts argue that they should not apply discounts that account for irrelevant market conditions.  As Professor Moll writes, ‘the forced-sale nature of buyout proceeding and the identity of the purchasers involved weigh heavily against the application of discounts.’”

We could certainly ask – Isn’t sauce for the goose also sauce for the gander?  The court put a real hurt to the wrongdoer by forcing a sale and also applying  a judicially-created discount.

A Point of Dispute

That is not a careful use of terms.  Fiduciary duties are, by definition, “heightened duties,” filling gaps in the relationship between the parties.  It does not make a great deal of sense to speak in terms of a “heightened fiduciary duty.”