Let me be up front – this author does not particularly care for homeowners’ associations.  In my opinion, they have too much power, which is often wielded with a heavy hand.

Now comes the decision in Almanor Lakeside Villas Owners Ass’n v. Carson (April 19, 2016) __ Cal.Rptr.3d __, which only reinforces this view.  Here is a synopsis of the facts:

Defendants paid some of the fines, but disputed others.  More specifically, “The Carsons disputed both the fines and Almanor’s authority to enforce those rules, which the Carsons viewed as unlawful and unfair use restrictions on their commercially zoned properties.”

At trial, the homeowners’ association sought $54,000 in damages.  Defendants disputed this amount.  “The trial court determined that it would be unreasonable to strictly enforce the absolute use restrictions against the Carsons …

“Of the fines imposed in 2010, 2011, and 2012, the court concluded only the fines pertaining to the non-use of Almanor’s boat decals were reasonable.  Those fines amounted to $6,620, including late charges and interest.” 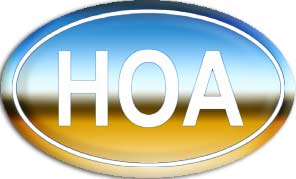 If you are practicing attorney, this case makes it difficult to advise a homeowner ever to contest any charge by the homeowners’ association, the matter what the merits.

To this end, the court of appeal ruled that, “after resolving the threshold issue of the prevailing party, the trial court had no discretion to deny attorneys fees.”

Almanor Lakeside Villas Owners Ass’n v. Carson represents a growing dichotomy in California.  This state is home to some fabulously wealthy people, in a few geographic areas.  Here we see the court applying a distorted economic viewpoint (Who on earth thought it was worth spending more than $100,000 in attorneys fees to seek $50,000 in court?) to achieve a shocking result.  “Reasonableness,” like beauty, is in the eye of the beholder.