Knowledge of the law is like a deep well

Sir Edward Coke was born in 1552.  He was regarded as a great lawyer.  He was twice married, his domestic life being full of quarrels.  Coke was one of the most truculent of English lawyers, and an arch-rival of Francis Bacon.  “He was a potent element in Francis Bacon’s ruin,” says Dean Church. 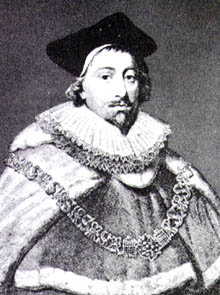 On the study of law, Coke said the following, true now for many centuries:

“Our student shall observe, that the knowledge of the law is like a deepe well, out of which each man draweth according to the strength of his understanding.  He that reacheth deepest, he seeth the amiable and admirable secrets of the law, wherein I assure you the sages of the law in former times (whereof sir William Herle was a principal one) have had the deepest reach.

“And as the bucket in the depth is easily drawn to the uppermost part of the water, (for nullum elementum in suo propio loco est grave) but take it from the water, it cannot be drawne up but with great difficultie; so albeit beginnings of this study seem difficult, yet when the professor of the law can dive into the depth, it is delightfull easie and without any heavy burthen so long as he keepe himselfe in his own proper element.”