Pulte Homes Corporation v. Williams Mechanical, Inc. – Dissolution of Corporation Not Possible When Corporation is Suspended by Franchise Tax Board

The recent decision in Pulte Homes Corporation v. Williams Mechanical, Inc. (Aug. 9, 2016) 2 Cal.App.5th 267 was arose from a claim by Pulte for “$69,576 based on Williams’s allegedly negligent performance of a subcontract for the installation of plumbing in two residential construction projects.”

The advance sheets contained the entire opinion.  When the decision was published in the Official Reports, an important statement by the court was omitted.  Here’s the omitted portion: 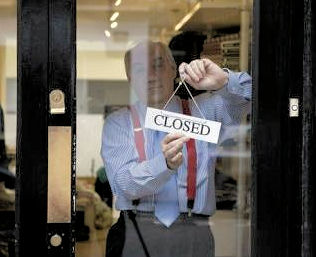 “The parties have not mentioned Revenue and Taxation Code section 23561, although it has some bearing on the issue.  It provides, as relevant here:

‘No decree of dissolution shall be made and entered by any court, nor shall … the Secretary of State file any such decree, or file any other document by which the term of existence of any taxpayer shall be reduced or terminated … if the corporate powers, rights, and privileges of the corporation have been suspended or forfeited by the Franchise Tax Board for failure to pay the tax, penalties, or interest due under this part.’

“This appears to mean that, if a corporation is suspended for failure to pay taxes, it cannot dissolve.”

Comment – I’m relieved that this part was not included in the published opinion.  But it is certainly worrisome.